Kendra Larson is an artist based in Portland, OR with a primary focus on the ephemerality of Pacific NW landscapes. Her work explores historical ideas of the Landscape and subtly supports ideas around environmentalism as well as contemporary relationships with the natural world.

Larson grew up in Salem, OR. She received her MFA in Painting at University of Wisconsin, Madison and has shown her work in venues in the United States and New Zealand. Larson is a past Signal Fire , Caldera (Sisters, Oregon) New Pacific Studios (Masterton, New Zealand), Sitka Center for Art and Ecology (Oregon), and Fish FactoryCreative Centre of Stöðvarfjörður (Iceland) artist in resident. Larson teaches at Clark College and is the Archer Gallery Director. She is represented by Augen Gallery in Portland, OR. 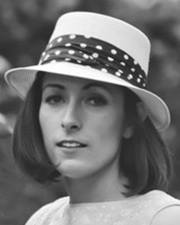 The first thing Kendra Larson learned to draw was conifer trees when she was seven. It was with her mom on a hike just north of Seattle. The air was crisp and it smelled like pines. There were mushrooms and slugs hiding in plain sight. Her mom showed her how to make the tree trunks darker on the sides to make them look cylindrical. Taking the time to observe the shadow shapes, Kendra worked the graphite to a stub. Larson was born in Salem, Oregon and lived there until she was eighteen. She moved to Portland and received her BFA from the Pacific NW College of Art and, following a residency at Caldera in Sisters Oregon, she began drawing large scale, charcoal landscapes. Full of awe and Romanticism, these drawings depicted the haunting mood and regenerative qualities of burnt forests. In 2006, she attended a residency in New Zealand, a land that was clear cut to make way for farming. These stark rolling hills gave her a better appreciation for how nature is understood in the Pacific Northwest: a balance between treating the woods as a recreational treasure, spiritual beacon, and economic commodity.

Later that year, Kendra moved to Madison, Wisconsin for graduate school. She quickly became homesick for the dewy NW air and the undulating mountainous horizon. Making images of her home made her feel better and that nostalgia was woven into her work. While at UW, Kendra taught undergraduates how to draw from observation and excited in them an interest in art. She also opened an art gallery called the Project Lodge. Juggling her painting, teaching, and the gallery was a challenge that, in the end, helped Larson develop a strong studio practice. Her thesis work consisted of forest paintings and painterly sculptures of woodland creatures. The work played up themes of mystery, fear, and myths tied to the wilderness.

In 2009, she received her MFA in Painting and Drawing and returned to Oregon. Kendra married Christopher Buckingham in 2010 at Silver Falls State Park. Today, they live in NE Portland with their dog. Kendra is active in the art community; she’s part of a painting collaborative, an adjunct art professor, a volunteer at Disjecta Art Center, a committee member at RACC, and a board member of Orlo. Her artwork continues to depict the northwest pines and mushrooms, but with a perspective of someone that has been away. As the saying goes, distance makes the heart grow fonder. Her paintings, formally speaking, balance painterly, expressionistic brush strokes with hard-edge illustrative elements. Conceptually, these paintings are mysterious and playful. As Andres Fourie, a curator at Willamette University, wrote about her work: “The paintings seem to give flesh to the childhood fantasy that one could be the first human being to set foot in an unspoiled land.” Her work continues to push the perception of landscape painging using the Pacific Northwest as a foundation.

Larson’s work has been shown in venues including The Art Gym, The Arts Center Corvallis, PDX Contemporary, Augen Gallery, Blackfish Gallery, Hoffman Gallery (Lewis and Clark College), Rogers Gallery (Willamette University), and Minthorne Art Gallery (George Fox University). She has exhibited outside of Oregon in venues including the Swarm Gallery in (Oakland, CA), Milk Factory Gallery (Chicago, IL), Nash Gallery (Minneapolis, MN), Boise State University, Sheppard Contemporary (Reno, NV), Domont Studio Gallery (Indianapolis, IN), and Overture Center for the Arts (Madison, WI). Her artwork has appeared in publications such as The Bear Deluxe and Tree Sap Magazine. She is represented by Augen Gallery in Portland, OR.